In home town Adelaide, South Australia, from Mazda R100 to current model Rx8 –  Greg has lived through them all.

Road cars to race cars  – Greg has prepared and driven them for himself and for customers alike.

Experience counts for everything when it comes to such a specialised car as your Mazda Rotary.

Greg Mildren has been working with these cars since 1984 providing you with engines, gearboxes and diffs and other products. 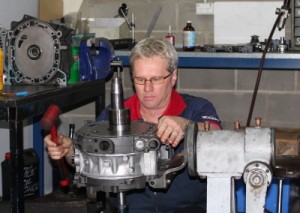 Greg’s attention to detail, understanding of the Rotary and his diligent respect for tolerances and the value of quality make his engines second to none for longevity, horsepower and efficiency. 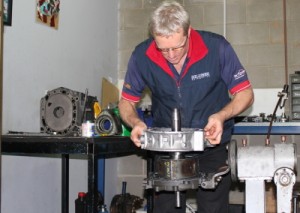 If you require a quality reliable engine built, from a 10A, 12A, 13B to 20B,  road to race, turbo  or non-turbo, Greg Mildren is the best choice for value, reliability and performance. 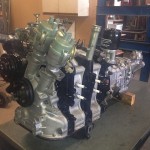 Early Christmas 2013 present for Nick.  This is perfect example of an old school restoration engine and gearbox.  Built and assembled as a package ready to install.  12A twin dissy circa 71′ for Mazda Rx2 restoration. 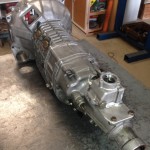 Mazda Rx7 S5T box starting to get a little crunchy, so thorough rebuild was performed, replacing synco’s.  Used with Amsoil Severe Gear 75w90 this box will have no problem with 13BT power in R100. 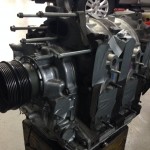 AUG 2013 Andrew’s Mazda Rx7 series 2.   The old engine, still the original 12A had seen better days and needed a fresh’n up. 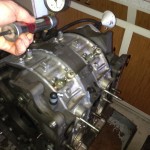 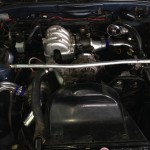 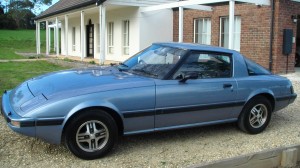 AUGUST 2013
“I have owned and enjoyed my RX7 for 17 years. At 238,000 kms an apex seal decided that it had had enough. I had always intended to rebuild the motor at some point and when it failed, I turned to Greg Mildren for help, as I knew his reputation for building excellent motors.

I had a couple of discussions with Greg about how best to proceed, given that 12A rotor housings where rare. I wanted to keep the car as original as possible, so was not initially keen about converting to a 13B.

Greg understood exactly what I wanted. He put together a plan that utilised new, early 13B 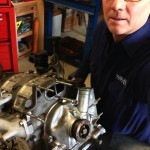 housings that could be used with my 12A plates. Everything else, rotors, crank, counter weights etc would be new. This meant that I would get an extended port 13B but still keep my 12A engine number.

Greg provided me with a complete detailed list of all parts required and talked me through all aspects of the build and timeframes. Costs and time frames did not blow out – so there were no unpleasant surprises!

While the car was off the road, I decided to renew all the suspension components, overhaul the transmission and have a new exhaust system installed. Not knowing what was possible or best, I again turned to Greg for help. From my ‘Don’t want’ list (I don’t want it too low or too loud) Greg developed excellent solutions.

The car is great to drive. Greg builds a fantastic engine. His advice and project management ensured that everything ran smoothly, I never felt that I was ‘out of the loop’.